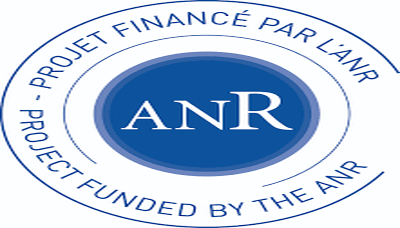 Dilated cardiomyopathy is the most common among all cardiomyopathies. So far, mutations in dozens of genes were identified as causative in different cardiomyopathy kindreds, mostly encoding sarcomeric proteins.
Whole-genome/exome sequencing allows for the identification of a wider range of novel causative gene variants associated with cardiomyopathies. Understanding pathogenic effect of the gene variant will ultimately be useful for developing personalized medicine approaches targeting specific molecular defects.

Chagas disease is a neglected tropical disease caused by the protozoan Trypanosoma cruzi, affecting ca. 15 million people and establishing lifelong infection. One-third of the patients progress to an inflammatory dilated
cardiomyopathy called chronic Chagas disease cardiomyopathy (CCC), which is often fatal due to heart failure and arrhythmia; 10% develop digestive disease [1], while the remaining patients are asymptomatic for life (ASY). Drugs targeting the parasite have not shown to halt chronic disease progression [2]. There is no clear evidence of a role for pathogen variation in disease progression in patients. On the other hand, differential susceptibility to disease progression, familial aggregation of cases as well as multiple small candidate gene association studies, indicated a role for genetics in CCC. Multiple evidence indicates that long-standing Interferon-gamma-driven inflammation and mitochondrial dysfunction are key pathogenic elements in CCC; both are significantly more intense in CCC as compared to other cardiomyopathies [1, 3, 4]. We used a whole exome sequencing (WES) approach in nuclear families with multiple cases of Chagas disease searching for rare pathogenic mutations that were shared only by family members with CCC, but absent from infected family members with the ASY form of disease, in pathogenetically relevant processes. Altogether, we identified 25 heterozygous pathogenic mutations in inflammation-related (14) and mitochondrial (11) genes in the studied families; nearly all families had variants in both kinds of genes. This suggests that rare pathogenic genetic variants in mitochondrial processes can determine progression to CCC. We hypothesize there is synergism between the inflammatory environment and gene variants, leading to increased inflammatory responses and mitochondrial dysfunction as compared to those carrying the wild-type enzyme. We further hypothesize that the gene variant burden in key processes will determine the development of different forms of symptomatic Chagas disease. In addition, we hypothesize that the genetic landscape in Chagas disease is different from other cardiomyopathies such as idiopathic dilated (DCM) and non compaction cardiomyopathy (LVNC).
To test these hypotheses, our objectives are: 1) to functionally characterize the rare mutations identified in the studied families. This approach will focus on the variants found in mitochondrial genes: RPUSD3, UMPS;
mitochondrial genes also involved in inflammation (DHODH, ADCY10, GIT1) and pure inflammation-related genes (MAML1, SLC11A1, MAP4K4, LILRA2, SMYD2). 2) to investigate whether inflammatory mediators
abundant in Chagas disease can trigger overt mitochondrial dysfunction in cells bearing the mutation but not the wild-type counterpart 3) compare the gene expression profile between each condition with the gene
expression profile previously defined on heart tissue sample from end stage patients 4) to identify new rare variants by whole exome sequencing of DNAs from unrelated individuals with various severe phenotypes
associated to CCC or non-CCC cardiomyopathies (severe arrhythmia, LVNC, ) 5) to functionally characterize these new variants using the same approaches set up for the task 1.